Parallel reduction is a major component of parallel programming and widely used for summarization and/or aggregation. However, it is not well understood what sorts of nontrivial summarizations can be implemented as parallel reductions. This paper develops a calculus named \lambda^{as}, a simply-typed lambda calculus with algebraic simplification. The calculus provides a foundation for studying parallelization of complex reductions by equational reasoning. Its key feature is \delta abstraction. A \delta abstraction is observationally equivalent to the standard \lambda abstraction, but its body is simplified before the arrival of its arguments by using algebraic properties such as associativity and commutativity. In addition, the type system of \lambda^{as} guarantees that simplifications caused by \delta abstractions do not lead to serious overheads. The usefulness of \lambda^{as} is demonstrated on examples of developing complex parallel reductions, including those containing more than one reduction operator, loops with jumps, prefix-sum patterns, and even tree manipulations. 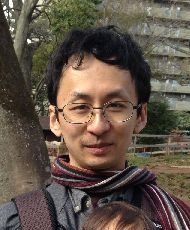