Kathleen Fisher is Professor in the Computer Science Department at Tufts. Previously, she was a Principal Member of the Technical Staff at AT&T Labs Research, a Consulting Faculty Member in the Computer Science Department at Stanford University, and a program manager at DARPA where she started and managed the HACMS and PPAML programs. Kathleen’s research focuses on advancing the theory and practice of programming languages and on applying ideas from the programming language community to the problem of ad hoc data management. The main thrust of her work has been in domain-specific languages to facilitate programming with massive amounts of ad hoc data, including the Hancock system for efficiently building signatures from massive transaction streams and the PADS system for managing ad hoc data. Recently, she has been exploring synergies between machine learning and programming languages and studying how to apply advances in programming languages to the problem of building more secure systems.

Kathleen is an ACM Fellow. She has served as program chair for FOOL, ICFP, CUFP, and OOPSLA and as General Chair for ICFP 2015. Kathleen is past Chair of the ACM Special Interest Group in Programming Languages (SIGPLAN), past Co-Chair of CRA’s Committee on the Status of Women (CRA-W), and a former editor of the Journal of Functional Programming. She is an Associate Editor for TOPLAS. 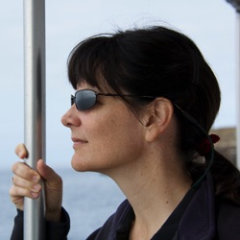